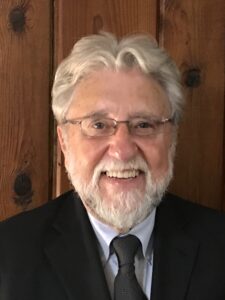 Warren James Woodford holds a Ph.D. in Chemistry from Emory University and is published in Who’s Who in Frontiers of Science and Technology as well as American Men and Women of Science. He is a member of the American Chemical Society and the American Association for the Advancement of Science. He holds a Researcher License from the State of Tennessee Board of Pharmacy for activities regarding scientific research, chemical analysis of controlled substances, and training of odor detection animals.

He also holds Controlled Substances Registration certificates from the US Department of Justice for analytical lab activities regarding the testing of controlled substances in schedules 1, 2, 3, 3n, 4, and 5 and is permitted to conduct independent examinations and testing of controlled substances on a case-by-case basis in licensed laboratories. Warren’s coursework also includes Drug Recognition and Evaluation as well as Medical Review Officer (MFO) Federal Health & Human Services.

Mr. Woodford also has 40+ years of experience in forensic work at New Scotland Yard’s Forensic Sciences Laboratories in London, England and at various American crime laboratories and police station evidence rooms. He has also conducted in-depth research in the areas of marijuana cultivation, laboratory testing, and smell identification as well as laboratory studies regarding the GC/MS testing method and odor-detection K-9s in action with their police handlers in Croatia, Hungary & Poland.

Mr. Woodford has also published extensively on subject matter such as detection/testing for controlled substances (including marijuana, cocaine, methyl benzoate, and absinthe), detection of cocaine residues on US currency, improving laboratory equipment for drug testing based on immunoassays, and cancer therapeutic drugs. He also co-developed and researched The “Woodford/Vogt test,” a detection method for a neurotoxin byproduct in “designer drugs” (with Dr. Robert Vogt) at the CDC.

Warren also holds two patents, a formulation of methyl benzoate, the odor of cocaine (effective for human and canine smell-training and proficiency testing) and an improved GC/MS method for u/a testing of marijuana.